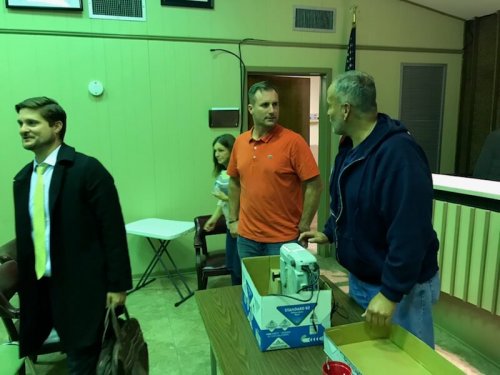 Citizens of Sorrento (and Gonzales for that matter) pay the same sales and property tax to East Ascension Consolidated Gravity Drainage District No. 1 as every resident of unincorporated east bank Ascension Parish.  The parish’s refusal to maintain roadside ditches and other drainage infrastructure inside Sorrento’s town limits is a longtime source of consternation for many residents.  Donald Schexnaydre and his council colleagues demand satisfaction, at least an explanation, considering a lawsuit against Ascension Parish if all else fails.

It would cost approximately $350,000 to clean out every roadside drainage ditch in the Sorrento, funds the small town cannot afford with its comparatively miniscule budget.  Five council members believe its citizens should not have to bear “the additional cost because Sorrento residents already pay for the services.”

Like the rest of East Ascension, Sorrento voters approved renewal of the 5 mill property tax on November 6 “to pay the operation and maintenance costs and expenses of the drainage works of the District (the entirety of east bank Ascension Parish).”  A perpetual sales tax adopted in 1984 also burdens Sorrento residents.

$6,414,805 of those dollars were added since the end of 2016 and nothing would indicate that a like  number has not been added over 2018.  In April the parish’s Infrastructure Director informed EA Drainage Board that another $9 million had come available after retiring $60 million in bonded debt.

Parish drainage officials have long maintained that EA Drainage monies cannot be expended to address “minor drainage” within two municipalities, Sorrento and Gonzales.  But those officials have refused to appear before Sorrento’s council to expound.  Kenny Matassa has never come to a meeting since he was inaugurated as Ascension’s president.

Clint Cointment assured council members and Mayor Mike Lambert that its drainage woes could, and would be addressed under a different administration.  But the council and residents have grown tired of waiting…

Robert Debate has spent his entire life in Sorrento and his knowledge of local drainage is unsurpassed.  He even has an entire copy of the Prescott Follett Drainage Plan upon which the 1984 perpetual sales tax was predicated.  That (1/2%) tax is dedicated to:

The plan included a number of improvements for Sorrento drainage, most notably a ring levee to protect the town.  It never happened and Sorrento’s council seems intent on doing something about it.  The body tasked Town Attorney Matthew Percy with providing information in anticipation of a potential lawsuit against Ascension Parish and the East Ascension Drainage Board.

Maybe that will get Ascension Parish’s attention.  Nothing else has and emotion in Sorrento was running high Tuesday.  Who could blame them?

Notably absent from Tuesday’s meeting was Sorrento’s representative on the Parish Council, Bill Dawson whose membership means a seat on both East and West Ascension’s Drainage Boards.  His District 2 stretches from Louisiana Square in the heart of Donaldsonville all the way east to the Diversion Canal on the parish’s border with Livingston.

Donald Schexnaydre related a conversation with Mayor Leroy Sullivan of the lone west bank municipality, Donaldsonville, wherein mutual concerns were discussed.  According to Sullivan the City of Donaldsonville was offered a $75,000 excavator by Dawson with which to dig out its roadside ditches. 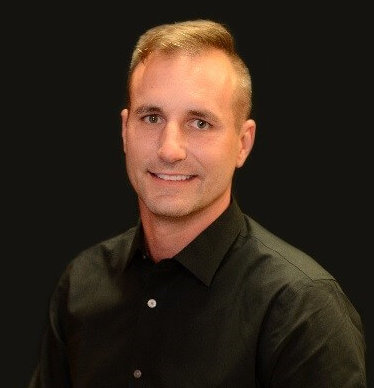 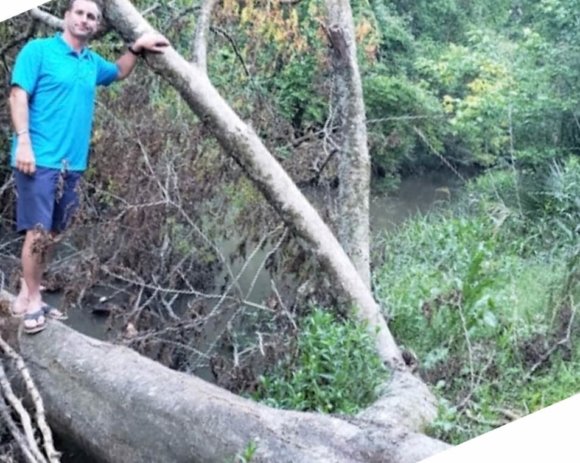 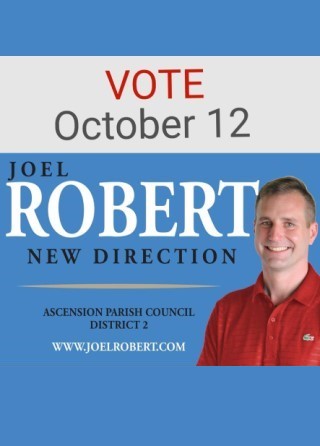